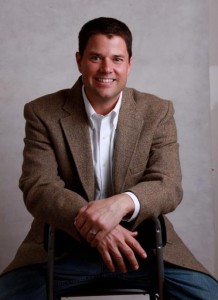 When I broke the story about Lon Johnson’s upcoming announcement as a candidate for the 103rd House seat, I was only able to provide some sketchy details about his background.  Since then I have found out a lot more about Johnson, and there is a lot to like. Lon grew up in Rockwood, 25 miles South of Detroit.  Growing up Johnson and his family made frequent trips to the Kalkaska area.  They chose the area for more than its scenic beauty. Johnson’s family roots to the area date back to the late 1800’s.  Johnson himself is in his second stint living in Kalkaska and has been back full time since August of 2011.  This past October, Lon married his longtime girlfriend Julianna in the small Northern Michigan town of Northport.  Lon’s employment background is more diversified than most. He has political experience working on Vice President Al Gore and Congressman John Dingell’s campaigns. Johnson also worked for an non-profit called the National Democratic Institute.  During his stint there he traveled to Iraq to help the Iraqis install a political system based on democratic governance. Johnson has also been successful in the business realm.  Thanks to the power of technology, Johnson is able to continue working for a company out of Tennessee that purchases manufacturing companies and makes them profitable.  He says they are able to do so without exporting American jobs.

Johnson seems to have intentionally kept a low profile throughout his career, and he is more comfortable talking about his message than about himself.  Johnson summed up his philosophy by saying “who makes decisions for us, our land, and our way of governing matters.  We need to keep Northern Michigan beautiful and profitable.  We need our representatives and our government to be as honest, hard working, and open as the people who pay for it.”  He says our greatest resources are “our land and our people.”  Johnson has three priorities.  First, he says we can, and will, stay and succeed here.  Second, we must keep Northern Michigan beautiful and profitable.  And third, we need to rebuild our government.  To the last point Johnson says “you can not build long term growth with short term thinking.”

Lon Johnson’s biggest shortcoming may be that he is not native to the 103rd district, though neither is the incumbent Bruce Rendon.  But before you hold that against him, lets compare his situation to another that has been making headlines.  Michigander’s have been fired up this spring because Prince Fielder has returned to Detroit to play for the Tigers.  Prince isn’t actually from Michigan, but he spent a lot of time in Detroit being a bat boy when his dad Cecil was jacking homers in the 1990’s.  People like to consider Prince a Michigander because of his childhood ties, and because he is such a good ball player.  Lon has those same sort of credentials.  Lon has spent a great deal of time in Northern Michigan, and his roots run deep here.  He also has the skills to be a great player in the political arena.  Unlike Bruce Rendon, Lon has the ability to represent the people of the region rather than be ran over by special interest and the Republican caucus.  Rendon has struck out in his two years at the plate.  It’s time to give Lon Johnson a turn at bat.

This entry was posted in 2012 Election, Bruce Rendon. Bookmark the permalink.
Logging In...