How Do You Define Irony? The Detroit Free Press Supports Law It Calls “Undemocratic.” 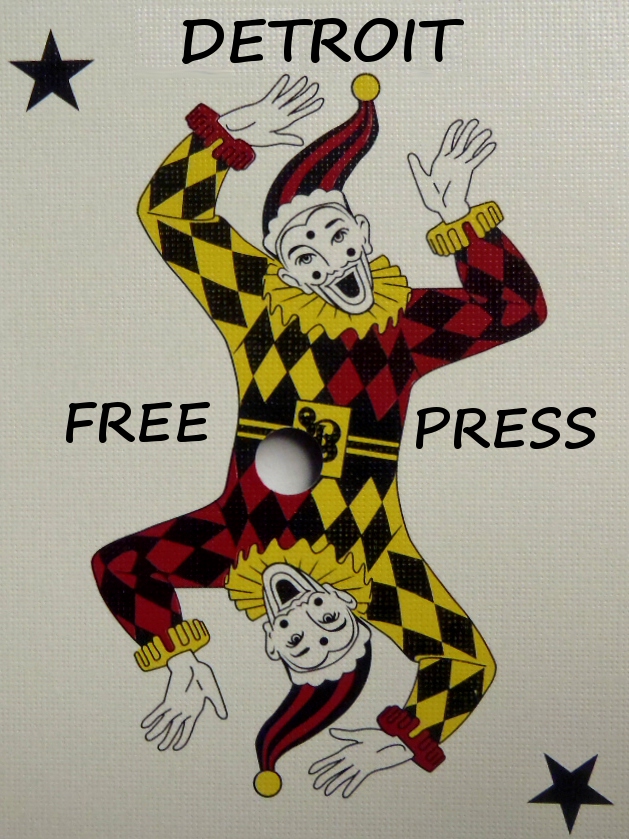 The Detroit Free Press (DFP) released its recommendations for voting on the statewide ballot proposals.  They say voters should “keep one, discard five.”  However, their rationale can best be described as a joke.   Here is why.

On Proposal 1,  the DFP suggests a yes vote to keep in place the Emergency Manager Law (PA4) even though they say the law is “undemocratic.”  How can a newspaper that calls itself the “Free Press,” and operates under the protection of the 1st Amendment, support something they themselves believe is undemocratic?  That defies logic on many levels.    Also troubling is that the DFP says the proposal was “largely paid for by the public sector labor union AFSCME.”  The petitions were gathered by volunteers lead by the group Stand Up For Democracy.  This was a grass roots campaign that picked up many supporters along the way.  The DFP’s inclusion of this tidbit is misleading to say the least.

The DFP suggests a no vote on Proposals 2-6.  Proposal 2 would guarantee collective bargaining rights in the state Constitution.  Their lack of support for the initiative isn’t a cause for concern (they are an employer), it is why they do not support the proposal that is troubling.  It appears that they lifted their reasoning directly from misleading commercials being run by the shadow group that opposes Proposal 2.  Their suggestions that passing of Proposal 2 would lead to keeping teachers who are criminals or cops who are drug addicts is just plain ludicrous.  Clearly they did not do their homework on this one, and proponents of Proposal 2 state that the Free Press refused to discuss the issue with them prior to making this recommendation. The Free Press points out that collective bargaining is guaranteed by federal and state law.  They fail to mention that the items to be bargained over continue to be reduced by state lawmakers.  Like PA4 leaves in place voting rights but takes away the power of elected officials,  legislators have left in place collective bargaining but have taken away many of the topics over which can be bargained.  It is like having a car without an engine.  You can push the gas pedal all you want, but you won’t go anywhere.  But hey, they left you the car right?

Newspapers should report the news, not attempt to sway voters by supporting candidates or taking sides on voter initiatives.  We should question the validity of any newspaper that use of the words “free” and “press” if they fail to support democracy or provide accurate information.  We get plenty of misleading propoganda for free in the mailbox and via TV commercials.  We don’t need to pay for it by purchasing a “newspaper.”

This entry was posted in 2012 Election. Bookmark the permalink.
Logging In...