Northern Michigan is No Woman’s Land

It’s tough being a progressive in Northern Michigan.  Republicans hold every Senate seat and all but two House seats.  As bad as it is to be a progressive, it is even worse to be a woman.  If you draw a line across the state from the top of Muskegon County to the top of Saginaw County, you will not find a single female state Representative or Senator north of that line, not even a Republican one.  To adapt a line from the song “signs,” I guess long haired female people need not apply.

Northern Michigan is one of the best places to live in the world.  However, you have to endure the long winters and bush league politics.  On the bright side, winters only last seven months. 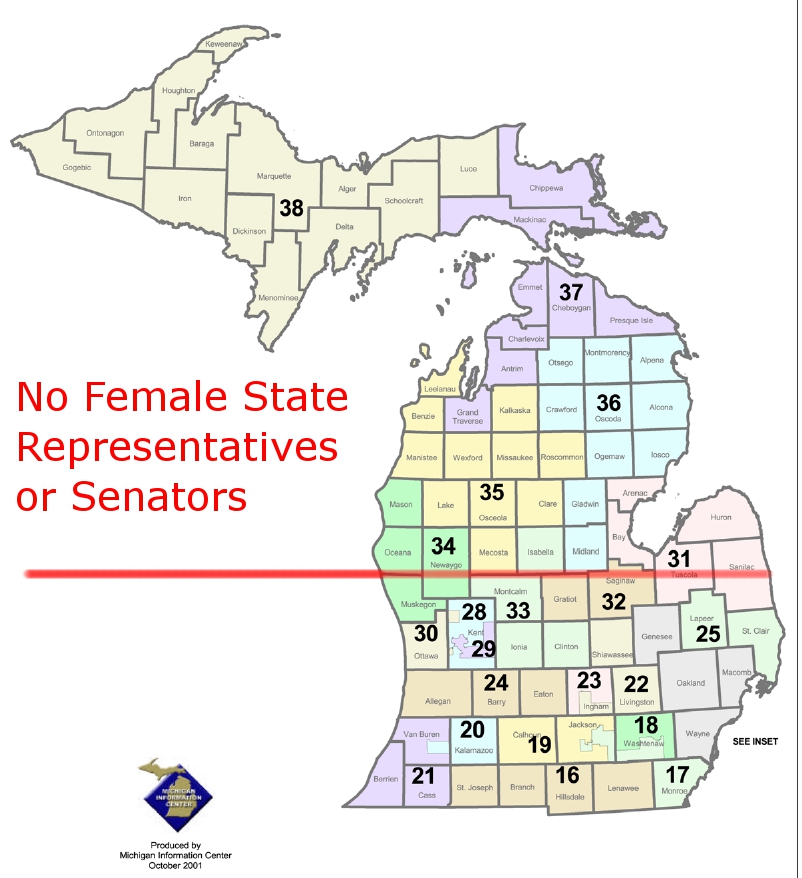