A short time ago Governor Snyder released his emails related to the Flint water crisis. It appears that he did a keyword search for Flint and released all of his emails related to the City.  As you can imagine, that lead to a bunch of tantalizing information.  For instance, Lt. Governor Bryan Calley emailed Governor Snyder stating they should change Michigan’s election law to prevent City Councilman Eric Mays from being the only person on the ballot for the Mayor of Flint.  Calley noted “too much progress has been made in Flint to let it go to this guy.”  Snyder passed an election law and Mays did not become Mayor.  But for the moment, lets refocus on the Flint Water Crisis

Governor Snyder’s Chief of Staff Dennis Muchmore emailed Snyder on September 25th of this year stating “the issue of Flint’s water and its quality continues to be a challenging topic.”  A few lines later Muchmore states “I can’t figure out why the state is responsible except that Dillon did make the ultimate decision so we’re not able to avoid the subject.” “Dillon” is Andy Dillion, Snyder’s appointee as State Treasurer.  Dillon resigned amidst many controversies in October of 2013. 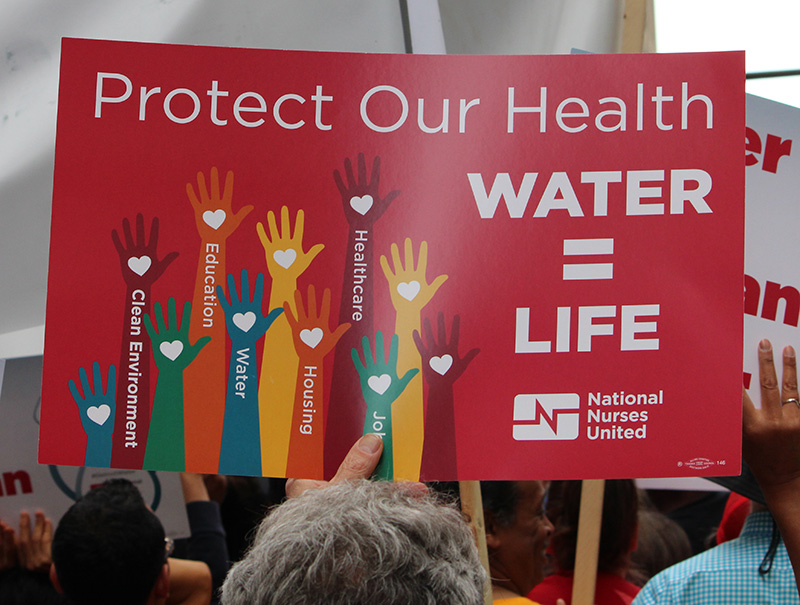 While some people have come to the defense of Snyder stating that the City Council voted for this switch, we know that is not true.  We know because Flint’s City Council President Joshua Freeman told us so, and we also know based on the investigation of Michigan Radio Network’s Lindsey Smith.  This was a complete failure of the executive branch. Governor Snyder’s appointment of Andy Dillon, Governor Snyder’s Emergency Managers in Detroit and Flint, who both had a hand in the switch, the former by jacking the rates and the latter by approving the move, all share in the blame.  In fact, the Detroit Free Press pointed the finger at Dillon and Flint’s Emergency Manager Ed Kurtz in November.  The difference now is that we have the Governor’s own Chief of Staff clarifying the matter for us.  And for those wondering about the Governor’s response to Muchmore’s email, it is pretty much like his response to the entire Flint water crisis, silence.

Governor Snyder, the recklessness of your administration is either taught or allowed. Either way, you are ultimately responsible for the Flint Water Crisis.  I hope you’ve learnd that people aren’t numbers.  Lead in the water is not just data.  It’s too bad that it took the poisoning of our children for you and some of your supporters to realize that running government like a business doesn’t work! Someday this state will recover, Flint’s children may not be as fortunate.

Note: Click on the last link to see how one of our State Representatives ran a business and knowingly endangered a city’s water supply

This entry was posted in Richard Snyder, Water. Bookmark the permalink.
Logging In...