The Real Reason Why Snyder is not Running for President is Hilarious! 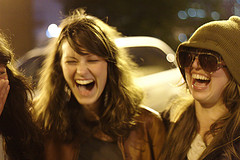 Governor Rick Snyder recently declared he is not running for president.  While he has said he is not running because wants to focus his attention on Michigan, there is probably another, more likely, reason.  That reason can be found in his polling numbers.  Snyder’s favorably rating was only 5 percent in an Arizona poll conducted by Public Policy Polling (PPP) earlier this month.  Eighty-four percent of respondents were unsure about him, likely because they do not even know who he is.  This is the funny part though.  As a control, PPP  inserted Detroit Free Press writer Paul Egan into the poll.  Egan’s favorability rating was six percent!  One percent higher than the governor of the so called “comeback state!”

A story in The Atlantic discusses how PPP came about selecting Egan as their control. They also discussed a similar poll that seems to paint the Republican Party as gender bias.  That poll used a female professor from Texas as a control.  Despite the likelihood of no one actually knowing who she is, she had a twenty percent unfavorable rating!

I hope PPP conducts more polls with control candidates.  I’d like to see how the Republicans would respond to a Rodrigo Gonzales, and how the Democrats would respond to a Winston Charles Wellsley III.  If they want to throw my name in the mix versus one Richard Dale Snyder, I’d be up for that too!

This entry was posted in Richard Snyder. Bookmark the permalink.
Logging In...