Educators Looking to Become Legislators in 2014

Public school teachers have taken a shellacking these past four years.  This fall a handful of educators are looking to turn the tables and unseat some of Michigan’s worst legislators. At least eleven teachers, or retired teachers, ran in the primary, and at least nine won the right to be on the general election ballot in November.  Although all six are running as Democrats, they have some pretty diverse views.  One thing they have in common though is that they will all be champions for public school children at the Capitol.  If you consider yourself a champion for public schools yourself, read up on these candidates and choose one to help by donating your time or money. Just click on the candidate’s name for more information. 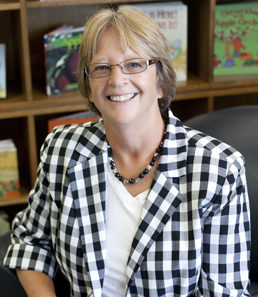 Lynn Mason is running for the State House of Representatives in 86th District.  Lynn is running against Lisa Pothumus Lyons, who we crowed as Michigan’s least ethical legislator.  Lyons chairs the House Education Committee despite calling teachers “Hogs” who need to be “slaughtered.”  Even one of her former teachers called her out for her poor behavior.  Mason brings experience as a teacher, an apple farmer, and a county commissioner.  Surprisingly, she has out-raised the well connected career politician Posthumus Lyons.  Mason and her supporters have also knocked on over 20,000 doors.  This is the most important race in the House in 2014.

Dawn Levy is running for State Senate in the 24th District.  The seat is held by Senator Rick Jones.  Thankfully, Jones is being shown the door due to term limits.  His most memorable moment came when he compared Lansing public relations executive Kelly Rossman-McKinney to a hooker for working with people in both parties.  Levy is not likely to launch such attacks as she has spent her life helping people rather than tearing them down.  She has spent more than two decades as a teacher and as a volunteer paramedic.  She also is a strong proponent of the second amendment and was the former President of the Michigan United Conservation Clubs.  That should play well in the 24th Senate district that is home to a lot of sportsmen and sportswomen.  Levy would bring a strong female voice to a Senate that has far too few women and is losing Senate Majority Leader Gretchen Whitmer to term limits. 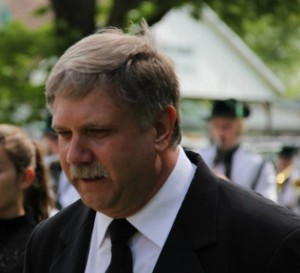 Mark Balcolm is running for the State House of Representatives in the 100th district.  He
is trying to upset the two term incumbent Jon Bumstead.  Bumstead called cutting funding to schools while cutting taxes on businesses, some of which were already making record profits, “hard choices.”  Balcom is probably the most fiscally conservative of the group of educators running in 2014.  In fact, it wasn’t long ago that Balcom was a Republican.  He is also a pro-life candidate which should help him out in the rural 100th district.  Balcolm currently teaches instrumental music in Hesperia.  If Balcom were elected, he would like to get people in Lansing working together again to solve our issues with funding for schools and roads.  He would also would like to work with businesses to grow the economy.

Ron Mindykowski is running for the State Senate in the 31st District.  The Bay City native, and 29 year teaching veteran, hopes to defeat Senator Mike Green.  Green authored a bill that would expanded concealed carrying into schools.  Governor Snyder vetoed it because it would not allow schools to opt out if they felt it was in the best interest of their students’ safety.  If voters elect Mindykowski, he plans to restore funding to public schools and cut taxes on middle class families.  He would restore common sense to the 31st District.

Robert Kennedy is running for the State House in the 106th District.  Kennedy is the dean of the group with his 38 years of classroom experience.  He also served in the Michigan Army National Guard.  Kennedy is running against incumbent Peter Pettalia.  Pettalia made news when he and two other GOP Representatives had their picture taken with a women’s fashion magazine and Pettalia remarked “don’t say we don’t understand women.” Kennedy is pretty much the complete opposite of Pettalia.  If elected, Kennedy plans to fight for marriage equality and the protection of reproductive rights for women.  Where Pettalia buckled and voted to cut school funding in his first term in the legislature, Kennedy would fight to restore school funding in his first term if elected.

Bette Pierman is running for the State Senate in the 21st District.  Bette is a retired teacher and has also volunteered for several worthy causes.  Pierman is running against John Proos who has been serving in either the State Senate or the House since 2005.  Proos, a political science major, has spent most of his adult life in politics.  He said in an interview that he has no problem taking money out of the school aid fund to balance the general fund budget.  Pierman would better represent the people of the 21st District because she is more like them.  She told M-Live “I know what it is like to struggle to make ends meet. I know what it is like to be unemployed. I know first-hand what it is like to experience age discrimination while searching for a job.”  She also knows how important education is and has made it clear that she would put students first, unlike John Proos.

Tom Stobie is running for the State House in the 101st District.  Stobie has a great deal of experience in education having served as a teacher, coach, principal, and superintendent.  He also served in the Navy during the Vietnam War.  If elected, Stobie plans to be an advocate for kids, veterans, small businesses, and he plans to fight to protect our environment.  Stobie is running against incumbent business owner Ray Franz.  Franz called nuclear energy “environmentally sound” and authored a law to ban offshore wind turbines.  It’s clear if you care about our future, namely our children and our environment, Stobie is the best choice for the 101st district.

Fred Sprague is running for the State Senate in the 33rd District.  Sprague served as a science teacher, a coach, and as a guidance counselor before he retired.  Sprague plans to focus his energy on education, economic development, and protecting the environment.  Sprague is running against incumbent Judy Emmons.  Believe it or not, Emmons was a school board president yet voted for the emergency manager bill and for the pension tax.  She was the target of an unsuccessful recall in 2011.  Hopefully residents of the 33rd District will penalize Emmons for turning her back on public school children and send Sprague to Lansing instead.

Cyndi Peltonen is running for State Senate in the 13th District.  Peltonen spent over a decade in the classroom.  Peltonon lists the environment, education, infrastructure, jobs, LGBTQ equality, and women’s issues as her top priorities if elected.  She is running against Marty Knollenberg who is currently serving in the State House.  Knollenberg was the original sponsor of Michigan’s right-to-work (for less) law.  He also authored a law that prevents teachers from getting raises based on experience (steps) when they are working without a contract.  This law creates a situation where the employer actually benefits from not settling a contract.  Knollenberg is one of the most anti-worker legislators in Lansing.  He doesn’t deserve a promotion to the State Senate.  Voters in the 13th District would be wise to choose Peltonen instead.

Note: This post is being updated as I hear of additional candidates.  Robert Kennedy, Bette Pierman, Tom Stobie, Fred Sprague, and Cyndi Peltonen did not appear in the original posting.

This entry was posted in 2014 Election. Bookmark the permalink.
Logging In...