Kid Rock Speaks Out in Favor of Governmental Regulation, One of Two Reasons I’m a New Fan 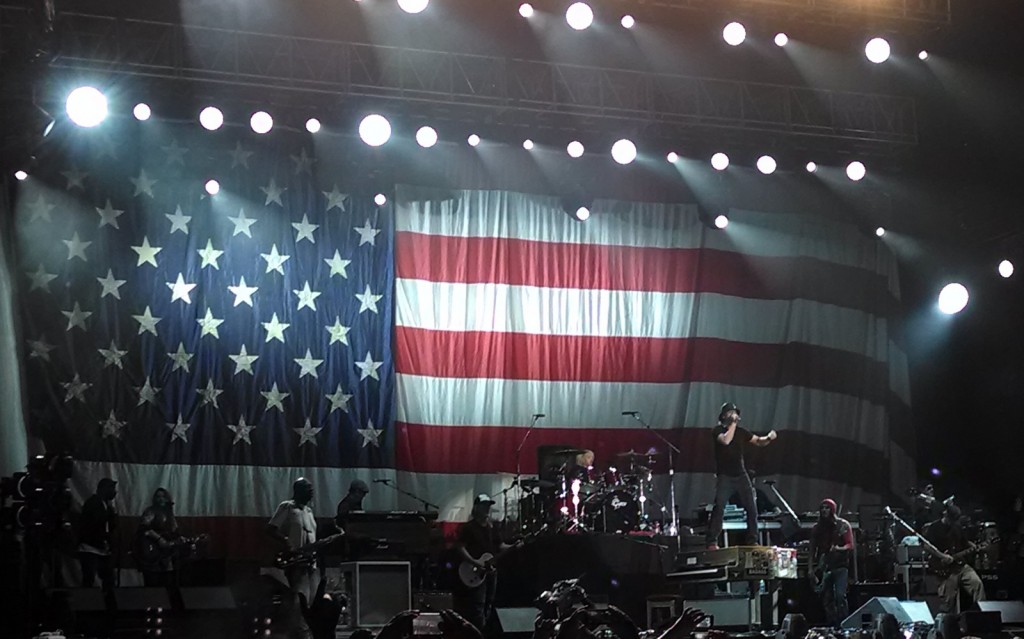 Kid Rock just wrote an Op-ed in the Detroit Free Press in which he urges state legislators not to eliminate Michigan’s ticket scalping law via House Bill 5108.  The current law prevents scalpers from selling tickets above the face value.  Without the law, scalpers could buy up loads of tickets before concert goers and then sell them for several times the face value.  This isn’t the first time Kid Rock has taken on high ticket prices and scalpers.  Last summer he played four shows in suburban Detroit that featured $20 tickets and free parking.  All four shows sold out.  In the Op-ed, Kid Rock says he is an expert on concert tickets.  Like many experts in their field, it seems he understands what type of regulations are necessary to protect the consumer.  The problem Kid Rock faces though is Republicans rarely care what experts have to say.  Just ask any teacher you know.  Maybe Kid Rock’s fame, or the fact that he endorsed Mitt Romney, will help persuade Michigan Republicans to go against their values and consider the needs of regular Michiganders.

On a less newsworthy note, there is another reason I recently became a fan of Kid Rock.  Despite my love of all things from Michigan, Mitt Romney aside, I’ve always had a hard time getting over the fact that Kid Rock’s lyrics are mostly about Kid Rock.  I prefer lyrics with a little more substance.  My feelings about him changed though when I had an opportunity to attend a large music festival in New Orleans a few months ago.  I made the trip to spend time with my cousin and see one of my favorite bands, Pearl Jam.  As part of my ticket package, I also got to see Kid Rock.  Of the many great artists I saw that weekend, I actually left being most entertained by Kid Rock.  I admired his energy, and I felt a bond with him because of his love for our home state, which is ever-present in his lyrics.  Even though I’m a resident of Northern Michigan, I proudly wore my Old English D t-shirt and sang along to some of the songs I had learned by picking up his CD prior to departing to the Big Easy.  One Kid Rock hit song said “They say I’m cocky, and I say What? It ain’t braggin'(expletive) if ya back it up.”  Lots of people say they love Michigan.  Kid Rock has backed it up by living in Michigan, promoting Michigan, and now advocating for average concert going folks in Michigan.  How can you not be a fan of that?

This entry was posted in Business. Bookmark the permalink.
Logging In...