Governor Snyder has labeled himself the “comeback kid.”  Two solid indicators of a comeback would be unemployment trending down and people’s incomes trending up.  As you can see in the two graphs below from Governor Snyder’s dashboard, we are slowly improving in those two areas.  What is also as clear as the swimming pool that Snyder emerged from in his peculiar Super Bowl commercial is that any recovery is a result of national trends rather than local ones.  The most significant factor in Michigan’s recovery from the great recession, and in part the nation’s recovery, is the resurgence of Michigan’s automobile industry.  That recovery was facilitated with tax payer loans to GM and Chrysler approved by President Bush.  President Obama’s administration also gets credit for overseeing the restructuring of the two automotive behemoths.  The management and workers of the “Big 3” also deserve praise.  The person who doesn’t deserve credit is Governor Snyder.  If Snyder’s own policies were really gaining traction, we would see Michigan closing the gap on the rest of the nation, which clearly isn’t happening according to the charts from Governor Snyder’s dashboard.  Snyder’s attempts to take credit for the recovery prove that either he isn’t as great with numbers as he claims, or he understands the numbers but is more concerned with getting votes than being honest with the people of Michigan. 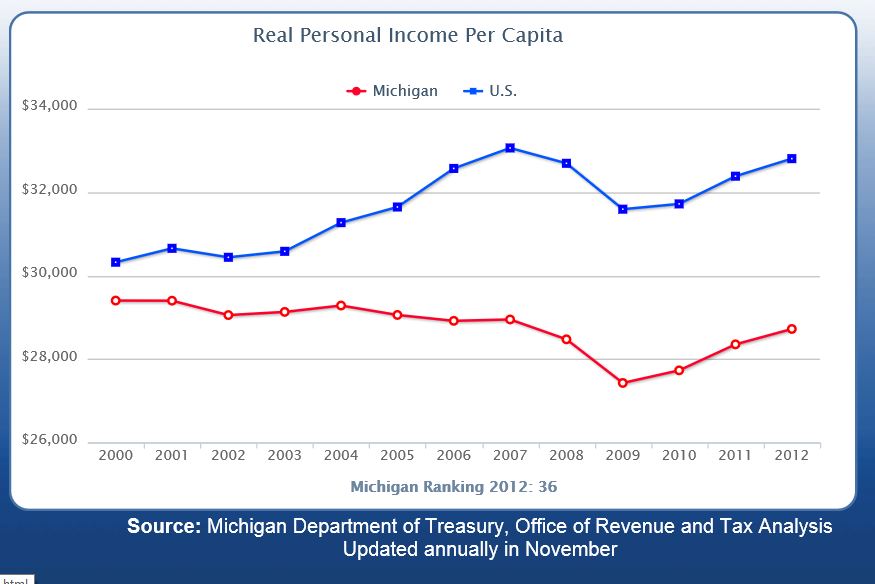 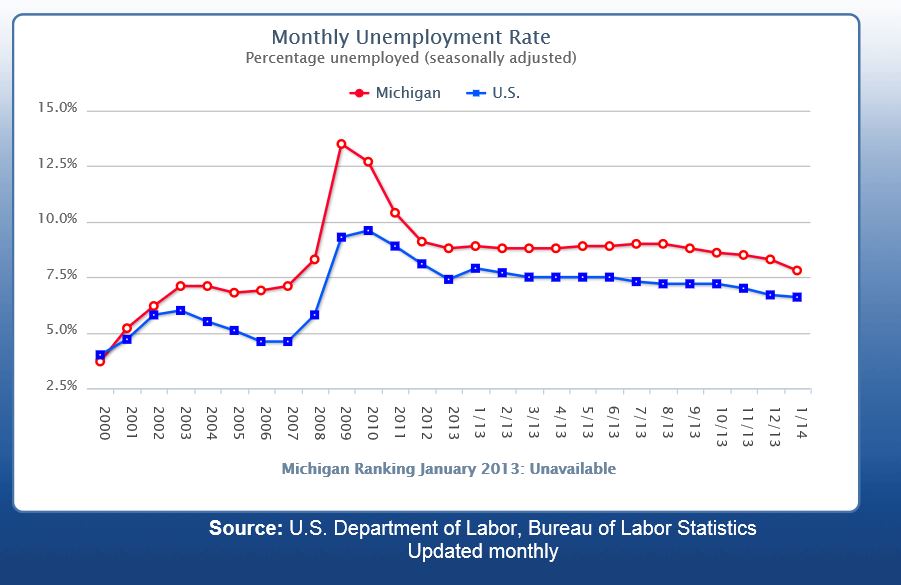 This entry was posted in 2014 Election, Economy, Richard Snyder and tagged Economy. Bookmark the permalink.
Logging In...